STREAM ALL OF ADAM’S BIBLE STUDY VIDEOS AT AMPLIFY! 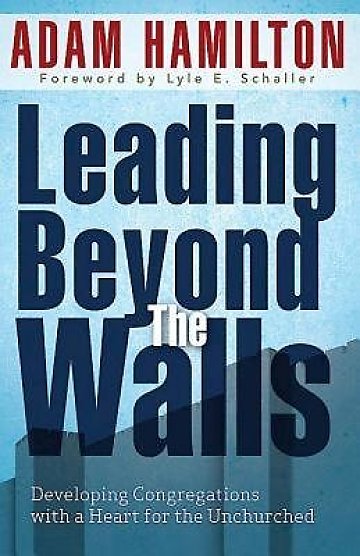 Good pastoral leadership is not a "by the numbers" proposition. It is a matter of heart and soul, of devoting the whole self to the vision God gives for the congregation in which one serves. Yet neither is it purely intuitive; it requires hard, careful thinking about the directions and details of the path down which God calls. When Adam Hamilton became pastor of the United Methodist Church of the Resurrection, its membership consisted of himself and his family. Ten years later the church averages between five and six thousand worshipers per weekend. Throughout this remarkable period, Hamilton learned many serious lessons about both the broad visions and the specific details of pastoral leadership.

Bringing a depth of analytical skills often lacking in visionary leaders, in this book he goes beyond simply telling the story of Church of the Resurrection. He shares the questions that he learned to ask about the largely unchurched population to which Church of the Resurrection has reached out. Further, he demonstrates what he learned by listening to the answers to these questions, and how doing so has made possible a number of strategically crucial decisions the church has made. One of those crucial decisions was to make more traditional forms of worship and praise the center of the congregation's life. The result is that the example of Church of the Resurrection offers pastors and church leaders (especially those in mainline denominations) the realization that they need not completely change their liturgical and theological identity in order to reach out to the unchurched.

Drawing on his own experience, as well as the detailed research on the characteristics of highly successful congregations he undertook during a sabbatical leave, Hamilton offers pastors and other church leaders solid, substantive thinking on steps that congregations can take to become centers of vibrant outreach and mission.